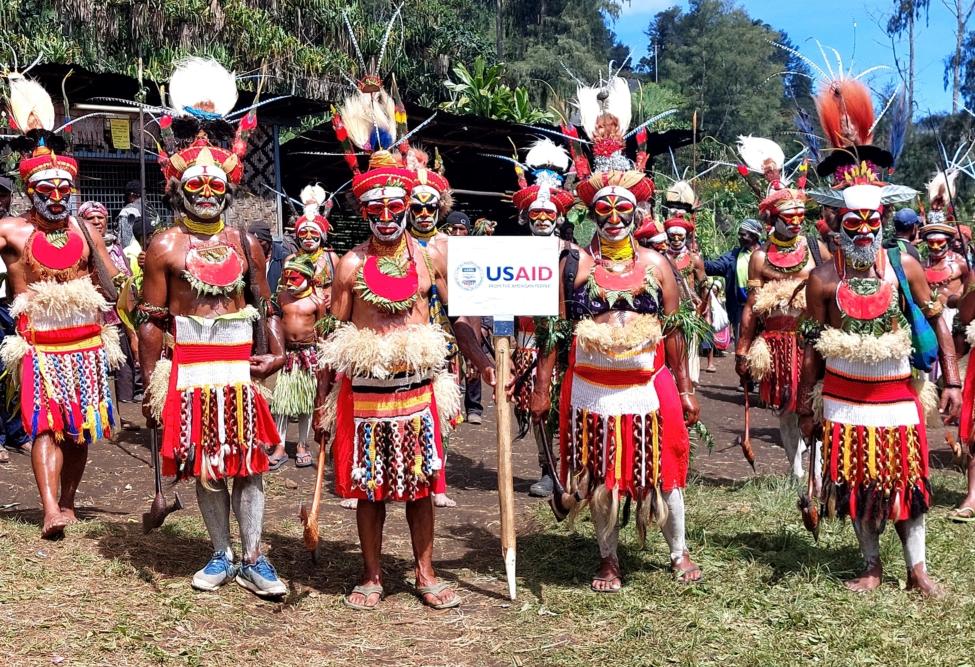 A sing-sing group pose for a photos at the CBDRM launch in Karel in Southern Highlands province © David Kuna IOM. 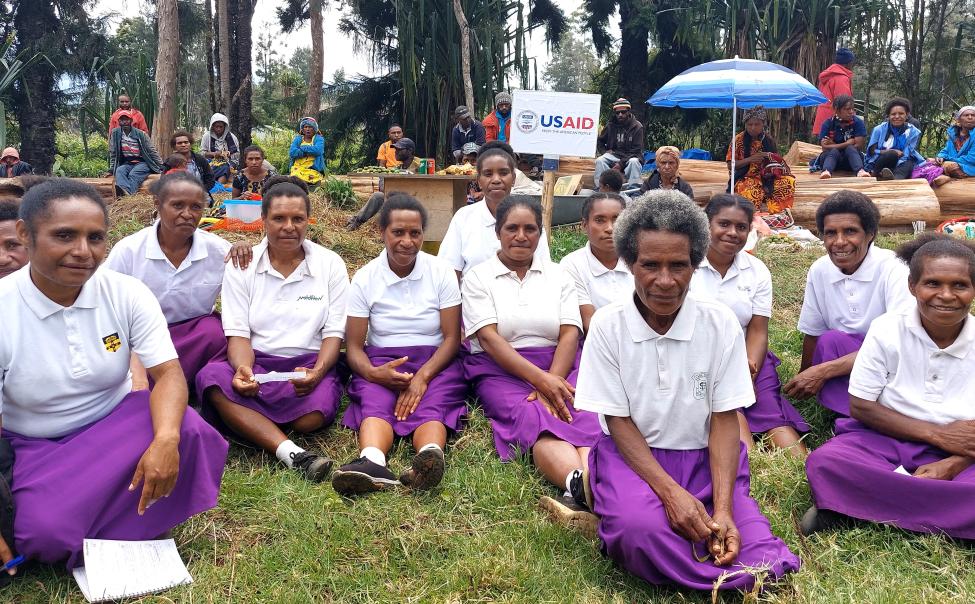 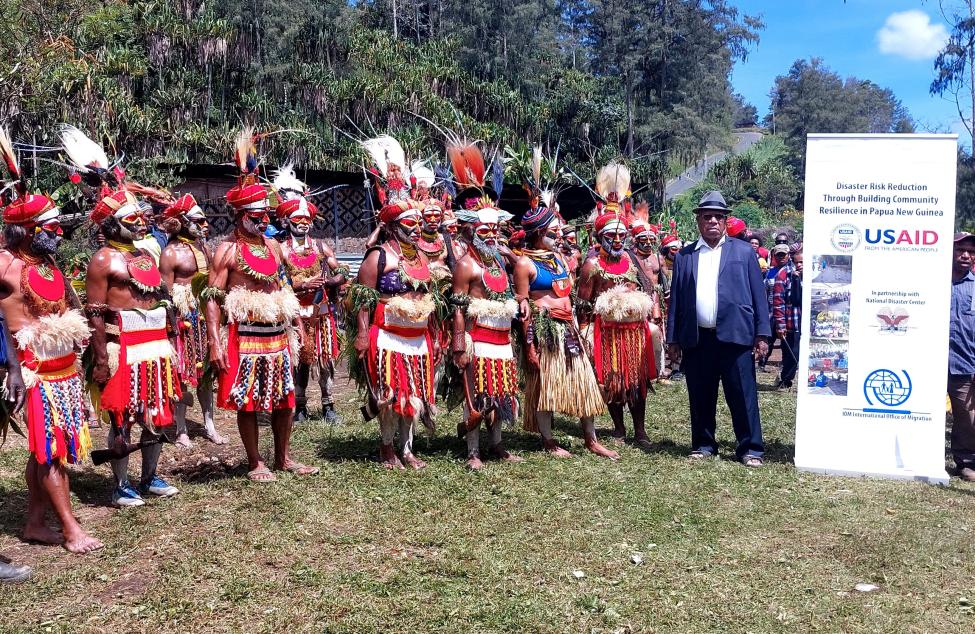 Government officials present at the launch included David Kelma, Deputy Provincial Administrator for Southern Highlands, and Pora Nema, Chief Executive Officer for Mendi Munhiu District. Mr. Kelma expressed his gratitude to the people of Karel I and Karel II in partnering with IOM to strengthen disaster risk reduction efforts and urged them to take ownership of their CBDRM plans.

“It pleases me to see communities becoming more resilient to the impacts of disasters caused by natural hazards. Partnerships with organizations such as IOM have been impactful in building community resilience disaster prone communities,” he said.

Government staff and community facilitators, upskilled on CBDRM by IOM, co-facilitated the community-level planning, a participatory process that brought together women, men, boys, and girls in Karel I and Karel II to draft their CDBRM plans. The development of these plans included identifying natural hazard risks, and preparedness and mitigation actions to build community resilience.

An official launch of the CBDRM plans held in Karel II community was attended by community members from both Karel I and Karel II, IOM, and local authorities.

"I feel more empowered after participating in the CBDRM training and planning sessions, and I am happy to see the inputs of women being well captured in our CBDRM plan,” said a woman representative, Julie Kema.

Mr. Kelma thanked IOM for the CBRDM intervention and highly appreciated the funding assistance from the United States Agency for International Development (USAID). He also pledged PGK 50,000 (USD 14,000) on behalf of the Southern Highlands Provincial Government to support Karel I and Karel II communities in implementing their community-led risk reduction and sustainable development projects identified in the CBDRM plans.

Funded by USAID and implemented in partnership with the national and provincial disaster centres, IOM’s CBDRM programming has proved to be a critical tool in building the resilience of at-risk and disaster-prone communities throughout the country.

Subscribe to IOM newsletter to receive the latest news and stories about migration.